Whilst success as an entrepeneur depends more on natural talent/traits than acquired knowledge and skills, Tirhani Foundation NPC has designed programs which cultivate the entrepeneurial culture and spirit among high school pupils, school leavers and graduates.

True to Ritchies quotation, Tirhani Foundation NPC’s modus operandi is inspired by a philosophy that ‘It is more worthwhile to teach someone to do something than to do it for them’. Tirhani Foundation NPC believes that interventions that promote dependency by making beneficiaries passive recipients of donor funds instead of promoting self-sufficiency do more harm than good. Accordingly, Tirhani Foundation NPC support self-sustainable developmental initiatives and programs as opposed to once-off donations and handouts.

“To be what we are, and to become what we are capable of becoming, is the only purpose of life”– Baruch Spinoza Tirhani Foundation NPC focuses its interventions and charitable initiatives only on a few areas with a view to achieve greater socio-economic impact by unlocking people’s potential and facilitating fulfilled lives. Our choice of focus areas is informed by our desire to support self-sustainable developmental initiatives and programs as opposed to once-off donations and handouts. Tirhani Foundation NPC currently supports interventions within three focus areas; namely, career guidance/development, entrepreneurship and SMME development, each of which is briefly outlined here under:

Whilst success as an entrepeneur depends more on natural talent/traits than acquired knowledge and skills, Tirhani Foundation NPC has designed programs which cultivate the entrepeneurial culture and spirit among high school pupils, school leavers and graduates. Tirhani Foundation NPC’s programs expose high school pupils, school leavers and graduates to the possibilties of creating their own jobs or starting their own businesses, instead of seeking jobs. The programs demystify the myth of entrepeneurship by revealing the personality traits and characteristics necessary for entrepeneurs to succeed, such as creativity, imagination, passion, independence, persistence, drive (hard work), self-reliance, competitiveness, appetite for risk, being a self-starter, etc. 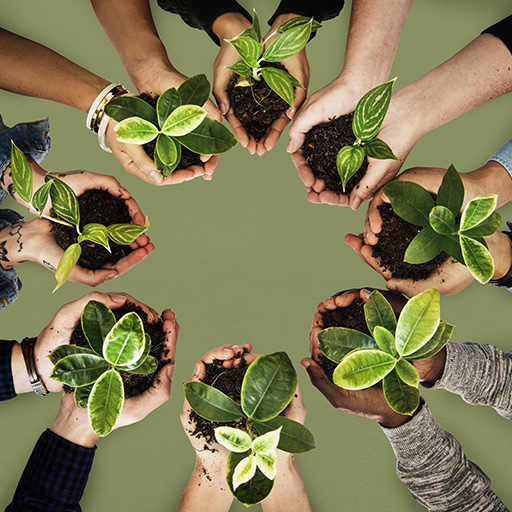 “Help the weak if you are strong”  – Bob Marley
Tirhani Foundation NPC mobilises funding mainly through the following sources:

“The real tragedy of life is not that each of us doesn’t have enough talents, it’s that we fail to discover and use the ones we have” – Marcus Buckingham
It takes someone who knows him/herself well to make fulfilling career choices. Many people wander through life aimlessly and fumble their way through career identification. Tirhani Foundation NPC uses well researched tools and programs such as Strengths Finder assessments and Guiding Circles workbooks to help participating pupils navigate the journey through school towards career discovery and work. The Self-discovery Program is delivered by Tirhani Foundation NPC facilitators and professionals.

The Career Awareness Program targets grade 8 pupils who are transported to universities and colleges in and around the vicinity of their schools during the weekends where they get exposed to as many careers and professions offered at such institutions. The different career options are presented by post-graduate students at the participating universities and colleges.

The Career Discovery Program targets grade 9 pupils graduating from the Career Awareness Program. The main outcome of the Career Awareness Program is for particpants to narrow their career preferences to a maximum of five fields. Participants are then offered the opportunity to sample/experiment with each of their chosen careers at universities, colleges and businesses in relevant settings and workplace environments under the tutelage of post-graduate students and practicing professionals.

The Entrepeneurship Program uses case studies and practical exercises to expose high school pupils, school leavers and graduates to the possiblities of creating their own jobs or starting their own businesses, instead of seeking jobs. Participants are engaged and encouraged to initiate real life entrepeneurial projects.

The SMME and Enterprise Development Program is delivered as outlined under the ‘What We Do’ section of this profile.

The SMME Mentorship and Coaching Program is delivered as outlined under the ‘What We Do’ section of this profile.

The Internship and Apprenticeship Program is delivered as outlined under the ‘What We Do’ section of this profile.

Tirhani has had an illustrative career as an administrator, educator and entrepeneur. Tirhani started his career as a clerk in the civil service in 1981, branched to teaching in 1988 and became registrar of the Giyani College of Education between July 1990 and December 1993.

Tirhani started his business career on a part-time basis when he ventured into the taxi business in 1988. Tirhani launched his formal business career within the retail sector in 1993, owning two Nandos franchises by 1995. During 1996 and the early part of 1997, Tirhani did part-time consulting for Statomet; a research division of the University of Pretoria. This development started Tirhani’s consulting career.

He moved to Johannesburg and joined Africa Now Consulting as MD in 1997. Shortly thereafter, Tirhani co-founded Plus 94 Research in 1998 and served as Executive Director until 2000. Tirhani founded Tirhani Group Holdings in 2000 www.tirhaniholdings.co.za, a holdings and investment company with interests in diverse industries; including auctioneering, construction, funeral services, investments, logistics, resources, technologies, training and skills development.

Tirhani is a shareholder and director of more than a dozen companies, with annual turnover of more than R300 million. Tirhani is well read, and holds numerous academic and professional qualifications. He completed a PhD (MOTI): Management of Technology and Innovation with Da Vinci Institute Business School of Leadership. Tirhani is a business and community leader who holds numerous past and present positions as chairperson of professional bodies. 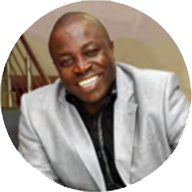 Dr Hlamalani Nelly Manzini — D. Litt et Phil Dr Manzini has had an illustrious career in the public service spanning over 33 years (1977 – 2010). Among other positions, Dr Manzini served as Head of Department: Health & Social Development (2002 – 2005) and Director-General: Limpopo Provincial Government (2005 – 2010), Facilitator: Provincial Directors General Forum (2007 – 2009). Dr Manzini is now retired but continues to assist the South African government with the implemetation of social infrastructure as a consultant for the Independent Development Trust. Dr Manzini previously served as a director and/or trustee of numerous organisations in her personal capacity and as a government representative, including Lemana College of Education Council (1993 – 1996), Health Systems Trust (2000 – 2006), Oliver Tambo Fellowship Programme (2003 – 2006), South African Institute of Health Managers (2003 – 2006), BIOVAC Institute (2004 – 2006). Dr Manzini holds a D. Litt et Phil doctorate degree at UNISA (1997). She also studied the Senior Executive Programme at Wits and Harvard universities (2001) and the International Health Leadership Programme at Cambridge University. Dr Manzini participated in study awards to numerous countries sponsored by various global organisations including the World Health Organisation (to Indonesia, 1994) and British Council to Oxford (to the United Kingdom). Dr Manzini has written and presented numerous published and unpublished research papers, mostly in relation to health matters. Dr Manzini has been a member of many professional bodies and continues to serve in the follwing positions; Member of Valoyi Royal Family and Royal Council (2002 – Date) and the Chairperson of the Etna Trading Board (2011 – Date). 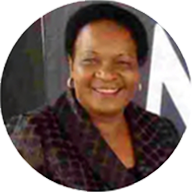 Professor Tinyiko Sam Maluleke Professor Maluleke is a leading South African academic, a National Research Foundation rated researcher (B-rated) and member of the South African Academy of Science. He is currently a Professor at the University of Pretoria, attached to the Faculty of Theology where he is responsible for research and postgraduate education. He is also attached to the office of the Vice Rector of the University of Pretoria where he assists the Vice Rector in the development and implementation of the University’s Africa Strategy. Previously, Professor Maluleke was Deputy Vice Chancellor at the Unversity of Johannesburg, Deputy Executive Dean of School of Humanities, Executive Director, Research at the Unversity of South Africa and Deputy Regsitrar at the Unversity of South Africa. As well as having published more than 80 peer reviewed articles, Professor Maluleke writes and comments regularly in various media on continental, national and global politics. He is a regular columnist for Mail & Guardian as well as the Sunday Independent newspapers. 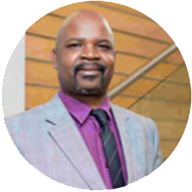 Reverend Dr Nwamiloro Joseph Tshawane Rev Dr Tshawane is an Ordained Minister (Reverend) of Religion with the Evangelical Presbyterian Church of South Africa (EPCSA). He is an ardent and renowned theologian with extensive academic achievements in the field of theology. He obtained his Diploma in Theology at the Federal Theology Seminary in 1975. He successfully completed a Diploma in Clinical Pastoral Care Education at Common Wealth University Richmond Virginia (USA) in 1982, followed by a Bachelor of Theology degree at the University of South Africa (UNISA) in 1983 and a Masters in Religious Education in Union Theological Seminary, Richmond Virginia (USA) in 1984. He further obtained his Doctor of Theology degree form the University of South Africa in 1989. Rev Dr Tshawane’s profound work experiences revolve around youth development and conflict reconciliation in South Africa and beyond. He is a former Director of the Youth Ministry within the South African Council of Churches (1977 – 1990), former Moderator of the EPCSA (1998 – 2005) and founding President of Centre for Ubuntu Non-Violence Conflict Reconciliation (previously known as King Luthuli Transformation Centre (KLTC)(1989 – Date). Rev Dr Tshawane was certified as a Senior Trainer in Non-Violence Conflict Resolution Techniques by the King Centre in Atlanta, Georgia in 1994. He has served as a board member of the UNISA Centre for Peace Studies (2000 – 2002). Rev Dr Tshawane has travelled extensively around the world, promoting the African Spirit of Ubuntu, non-violence conflict reconciliation for social change and sustainable development. He is a member of the Global Non-Violence Conference Series Executive Planning Board. His notable contribution in peace and non-voilence earned him an Honorary Doctorate of Divinity from Los Angeles, Calfornia (USA) Seminary in 2003. Rev Dr Tshawane was most recently appointed as a member of the Venda University Council, South Africa (2014 – Date).